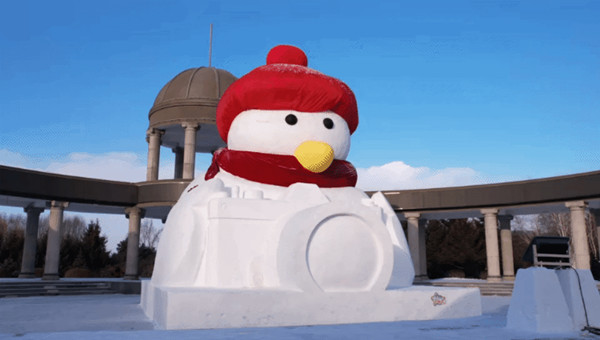 A giant snowman is placed in Changchun Park in the city of Changchun, in Northeast China's Jilin province. The chubby figure, some eight meters in height, sports a red hat and scarf, setting up the festive mood for the upcoming Spring Festival which falls on Feb 1. [Photo/WeChat account of Changchun Release] 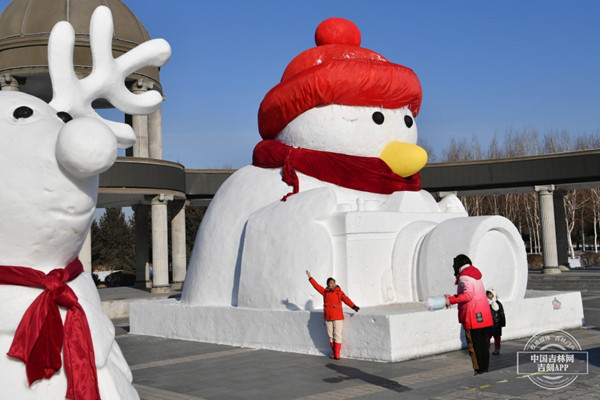 Tourists pose for a picture with the snowman. [Photo/Jilin news network]

Changchun Park has become a popular photo location because of its snow sculptures. [Photo/Jilin news network]