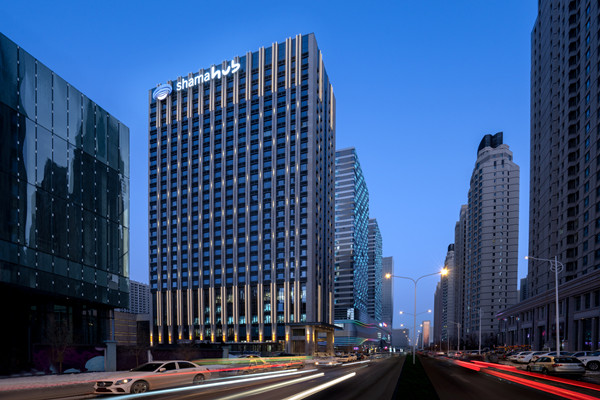 Shama Hub New City Changchun, located in the core business district of Changchun's South New City, is extremely easy to get around for customers. 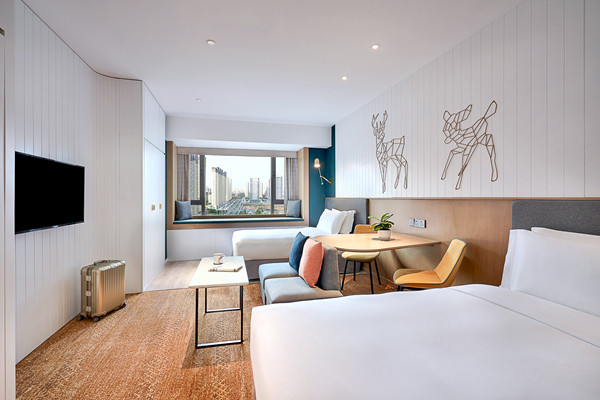 The interior of a guest room in the hotel, tidy and modern [Photo provided to gojilin.gov.cn]

The hotel has 209 guest rooms and suites, the design of which was inspired by local elements. 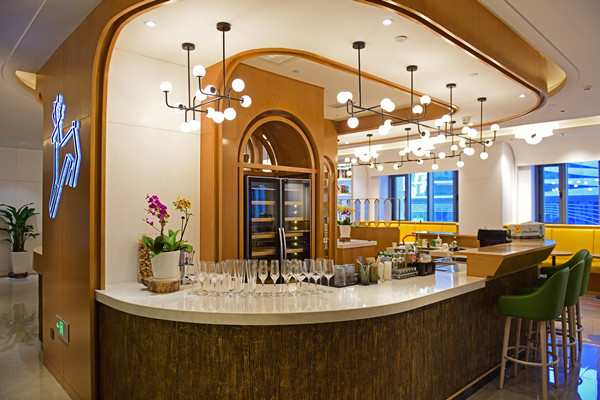 A bar set up in the hotel [Photo provided to gojilin.gov.cn]