"Wind-solar complementation" is the main component of the development of the new energy industry in Baicheng city. [Photo/Jilin Daily]

New energy industry demonstration parks are set to be developed in the cities of Baicheng and Songyuan in Northeast China's Jilin province, according to a provincial government report. 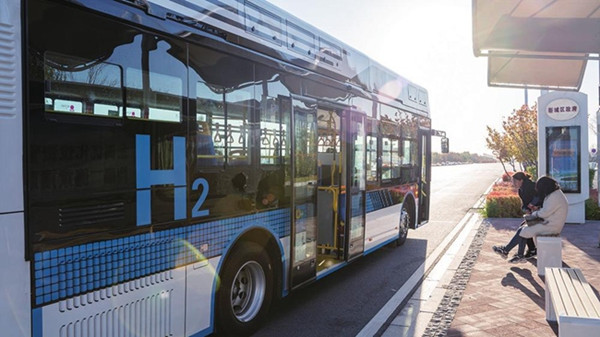 Baicheng is the first city in Northeast China to open a hydrogen-fueled bus line. [Photo/Jilin Daily]

During the 14th Five-Year Plan period (2021-25), Baicheng city is planning eight major projects, such as the UHV project to transmit electricity from Jilin to the southern part of the country, a new energy guarantee base in western Jilin, and a new energy equipment manufacturing base, with a planned investment of 323.9 billion yuan ($49.27 billion).

Of this total, 171.9 billion yuan is set to be invested during the 14th Five-Year Plan period.

Beginning in 2018, Baicheng has begun to develop its hydrogen energy industry, and has been striving to build the city into the "Hydrogen Valley of North China".

According to Baicheng's hydrogen energy development plan, from 2021 to 2025, hydrogen production capacity will reach 100,000 metric tons, the cumulative fixed investment will be 50 billion yuan, and the output value will be 20 billion yuan. 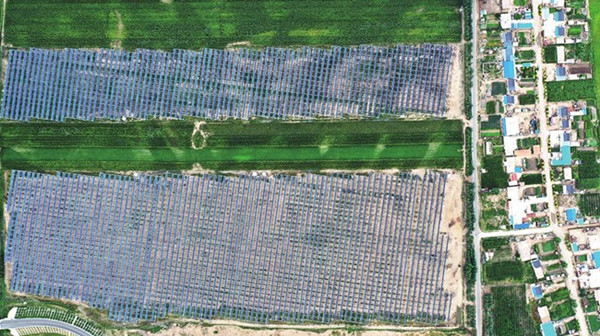