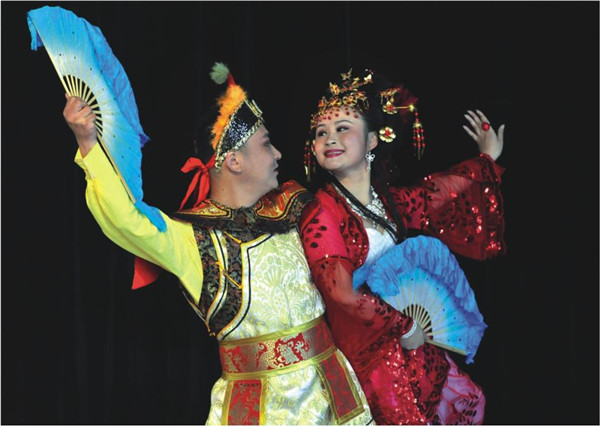 The song-and-dance duet in Northeast China, called Errenzhuan in Chinese, is one of the folk art forms born and developed in that region. It mainly reflects the essence of folk songs, folk dances and spoken literature in Northeast China, and is quite popular among urban and suburban people.

The song-and-dance duet is played by a male and a female, singing and dancing at the same time. The popular programs include Fowling, Selling Thread, Reward for Detective Dee's Deeds, Ancient City, Blue Bridge Tryst, Romance of the West Chamber, At Ba Bridge, Shuangsuo Mountain, Huarong Pass, Palace, Baohao, Pandao, Chanyu Temple, Spring Trip of Miss Yang the Eighth, and so on.

After the foundation of the People's Republic of China, the government cared for and supported the prosperous development of Errenzhuan, organizing training courses for both old artists and new learners. It invites old artists to pass on their art to the new learners, and organizes performers of Errenzhuan to watch each other perform and learn from one another, which leads to more improvements of the art form.