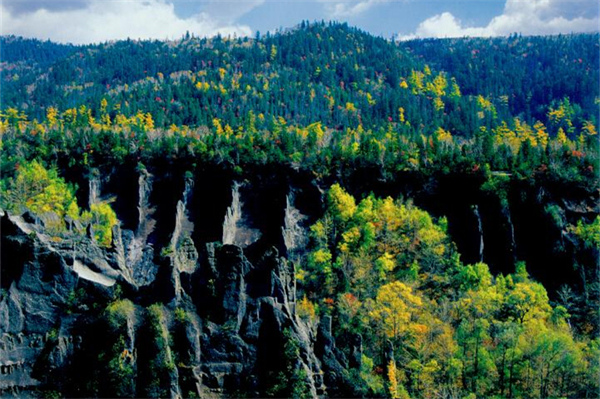 Jinjiang Grand Canyon is believed to originally have been formed as a fissure, and was brought about by an earthquake that occurred in conjunction with a particularly violent volcanic eruption of the present-day moderately active stratovolcano that lies beneath Tianchi (or Heavenly Lake). The subsequent overflows from Tianchi in the wake of various ice ages, plus the erosive effects of rain and wind over time, have only eroded the fissure more, leaving the gorge, or "grand canyon", that one sees today.

The large, odd-shaped lava stones that dot the canyon floor (the imaginative Chinese have given these stones names based on the respective images that they project, such as elephants, camels, seals and peacocks) are remnants from previous volcanic eruptions.