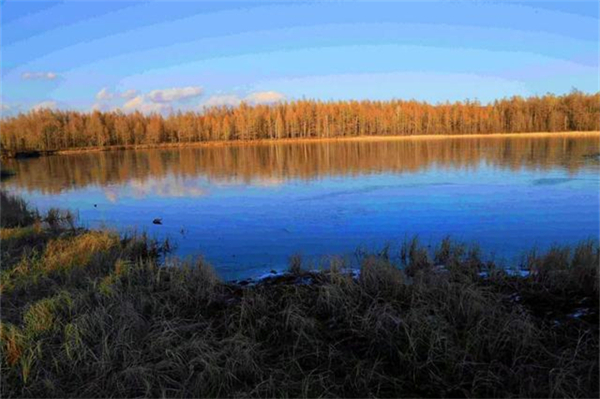 The Fairy Bathtub Pool is a small pool, almost perfectly round and with a mirror-like surface. The pool is peaceful and calm, except for one spot, where a small geyser shoots forth. According to a Manchu legend, this is the place where three fairies fell from heaven and bathed. The youngest of the three swallowed a piece of fruit, became pregnant, and gave birth to a handsome boy named Bukuli, but whose family name was Yongshun. The boy could speak already as he emerged from the womb, and according to legend, sired a line of Yongshuns who later became the emperors of the Qing Dynasty (1644-1911).

In homage to this legend, a county magistrate by the name of Liu Jianfeng, during the final year of the reign of Emperor Guangxu (1875-1908), came to this enchanted pool and set up a stone monument for worship. Upon the monument were engraved the words "Fairy Bathtub Pool", and that is how this theretofore unnamed pool got its name.